The impact potential – next steps on corporate community investment

Two decades ago, a few pioneering companies came together in London to form a benchmarking group and that has now gone worldwide.  So what’s next for community investment?

Last week I spent an energising day in the company of 70 corporates from our LBG network and came away with three thoughts on how business/community partnerships should change if they are to remain relevant to the challenges of our times.

LBG started out with just six companies 20 years ago and has today grown into the global standard for measuring corporate community investment.  That’s why companies committed to increasing their social impact use it, over a thousand now, large and small, across all sectors.  Last week’s participants included not just the usual UK blue-chips, but firms as diverse as Nokia from Finland, EDP from Portugal, DP World out of Dubai and the Australian retailer Myers. END_OF_DOCUMENT_TOKEN_TO_BE_REPLACED

We’re starting to see a new approach to how our major corporations are governed and held to account. However few are getting excited about it.

Talk about corporate governance and most people’s eyes glaze over. When the Financial Reporting Council earlier this year announced a fundamental review of the UK Corporate Governance Code – 25 years on from the original Cadbury Report – not everyone cancelled their holidays to await developments.

That proved wise, as true to form, this will be a slow-burn. However some elements are starting to come together. Last week the government announced its approach to some hot topics that featured in political debate around the new prime minister and the general election.

The outcome is less than the hype, also true to form. Mandatory worker representatives on END_OF_DOCUMENT_TOKEN_TO_BE_REPLACED

Responsible business and the dogs that didn’t bark

With the UK election over and the government up and running, what are the prospects for responsible business now, and how will the recently released Taylor Review of employment status change expectations. 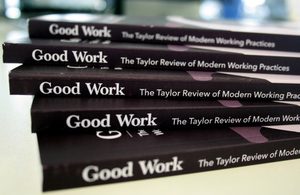 On the face of it, normal politics in the UK has now resumed: the minority government has reached an agreement with the Northern Ireland’s 10 DUP MPs and the Queen has made her annual journey to Parliament to announce the legislative programme, albeit shorn of the usually flummery of crowns and gowns (tacit recognition of the existential nightmare underway in Brussels with the start of Brexit negotiations).

As if to underline the attempt at normality, the long awaited Taylor Review of Modern Employment Practices was published on July 11 , and – I think significantly – Theresa May used the opportunity for a big speech, trailed in the media as a relaunch of her premiership. That same day my colleagues and I at Corporate Citizenship convened our clients and partners to review the post-election prospects for those engaged in the journey towards responsible and sustainable business. I got to kick off the debate with an extended version of my previous two-part analysis (here).

END_OF_DOCUMENT_TOKEN_TO_BE_REPLACED

Steady as she goes

With the UK general election over, what did it tell us about the continued relevance of corporate responsibility and sustainability? Four things at least, despite the lack of debate.

Prediction is a mug’s game.  In guessing numbers of seats in the House of Commons, mine were as flawed as most.  Now attention switches to the drama of the outcome and the interplay of personalities – a damaged prime minister, speculation about leadership bids, peace apparently breaking out in the civil war that was the Parliamentary Labour party.

As I write, a new government is being formed, looking remarkably like the outgoing one, save for its Orange underpinnings (an association that will surely undermine the 15 year project – author one T. May – to detoxify the nasty party).

Looking ahead to possible policy changes, what is likely to happen now?  Are the manifestos any guide at all?  Actually the pre-election analysis of the major parties’ offerings that I prepared for Corporate Citizenship is still relevant, I think, though that might not be obvious since so little was debated or contested during the campaign.

Ostensibly all about Brexit and strengthening the negotiating hand, in fact the election END_OF_DOCUMENT_TOKEN_TO_BE_REPLACED

The change election – time for business to decide

With the election battle gathering pace in the UK, big business is keeping its head down, despite having much at stake. Mike Tuffrey reads the early runes as the contest unfolds.

The pundits will tell you that political parties adopt one of two positions in elections – either “it’s time for a change” or “things are getting better, don’t let the other lot ruin it”. This time, however, that isn’t the choice on offer; everybody seems to be promoting a change agenda of some sort.

As I write this, the parties are busy publishing their manifestos. I’ll do an analysis once they are all out. Still, enough has been leaked or deliberately trailed to hazard a prediction: this is not a change or status quo battle, or a conventional left/right choice where one side says we need more government and one argues for less.

END_OF_DOCUMENT_TOKEN_TO_BE_REPLACED

Companies should do more to protect civil society, even if that means defending their critics from oppressive governments. 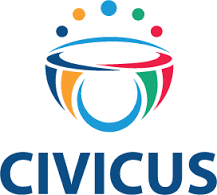 Think of business involvement in politics, and the murky world of backhanders and behind-the-scenes lobbying may spring to mind. However, define the issue as protecting basic freedoms –the sort of freedoms that companies need if they are to prosper in open and competitive markets – and a different perspective emerges.

So it was refreshing to hear a call, as I did last week, for companies to get more involved, not in party politics or the direct business of government but in defending the space for civil society to operate freely. That came during an event we at Corporate Citizenship organised with Danny Sriskandarajah, secretary general of CIVICUS, the global alliance of over 3,600 civil society organisations and activists working to strengthen citizen action and civil society around the world. END_OF_DOCUMENT_TOKEN_TO_BE_REPLACED

When Uber’s boss fell out with one of his drivers, the video went viral. In the process he’s taught us all a lesson about true responsibility. 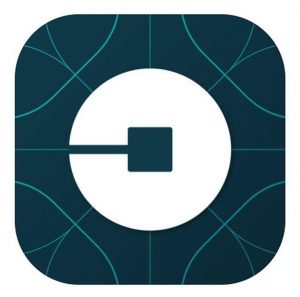 It’s pretty ironic, I suppose. The digital revolution has enabled Uber co-founder, Travis Kalanick, to build a business worth a cool $70 billion in just eight years. Then the same technology and a humble dash-cam captured his angry exchange with one of their drivers, Fawzi Kamel, and it went round the world in seconds, thanks to a judicious leak to Bloomberg Technology.

Their argument started over tough changes to the business model of Uber’s high-end chauffeur service and ended with Kalanick uttering the priceless words “some people don’t like to take responsibility for their own shit” – thereby both passing the buck for the hapless driver’s bankruptcy and also – it seems to me – serving as a metaphor for the challenges facing global capitalism today.

It’s not exactly as easy as ABC, but ESG – Environmental, Social and Governance – is the key to investors getting traction on the behaviour of companies they own.

Forgive me if a note of grumpiness creeps into this comment. That’s entirely due to too much Trumpiness at present. But I just couldn’t resist giving a little tongue-in-cheek cheer when I saw this year’s Most Controversial Companies Report from RepRisk.

This identifies the ten companies most at reputational risk from governance problems like corruption and fraud, as well as environmental and social controversies. For once, the rating is based on a rigorous analysis rather than social media chatter or NGO high profile campaigns. The aim of the exercise is to raise awareness of the ESG risks that need to be addressed by global corporations.

To be honest, I’ve become a little fed up with the boosterism of the usual ‘most this’ and ‘most that’ rankings – like the one that named BMW as “the world’s most sustainable company” last year (since when was selling metal  boxes powered by fossil fuels a sustainable business model?); or the one that advised investors the year before to back Volkswagen as “best in class…  in terms of economic, environmental and social criteria” just days before that motor manufacturer’s systematic cheating caused a collapse in its share price. END_OF_DOCUMENT_TOKEN_TO_BE_REPLACED

‘Tis the season of goodwill and glad tidings 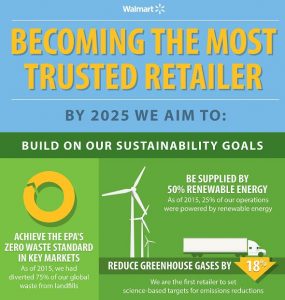 Let’s looks back at some of the better news stories of 2016.

The year usually ends with a concerted effort to be jolly, even if most readers of this blog will feel glad tidings have been in rather short supply recently. As I write, news that Italy is now staring into the unknown – with a possible banking crisis threatening the wider Euro zone following its referendum upset – will do little to lighten the mood.

So this month in seasonal mood I’ll try to find some positive news, even if I end up reinforcing my long-running theme that it’s all ’bout the money (with apologies to Meja).  My sense that it isn’t all bad was fuelled by a recent round trip to the southern hemisphere including Australia, which involved nearly 50 hours sitting in planes and plenty of time to reflect.

END_OF_DOCUMENT_TOKEN_TO_BE_REPLACED

Trump: Déjà vu, all over again

The polls may not have predicted it, but the underlying causes of the upset outcome are evident. So what do we do now? 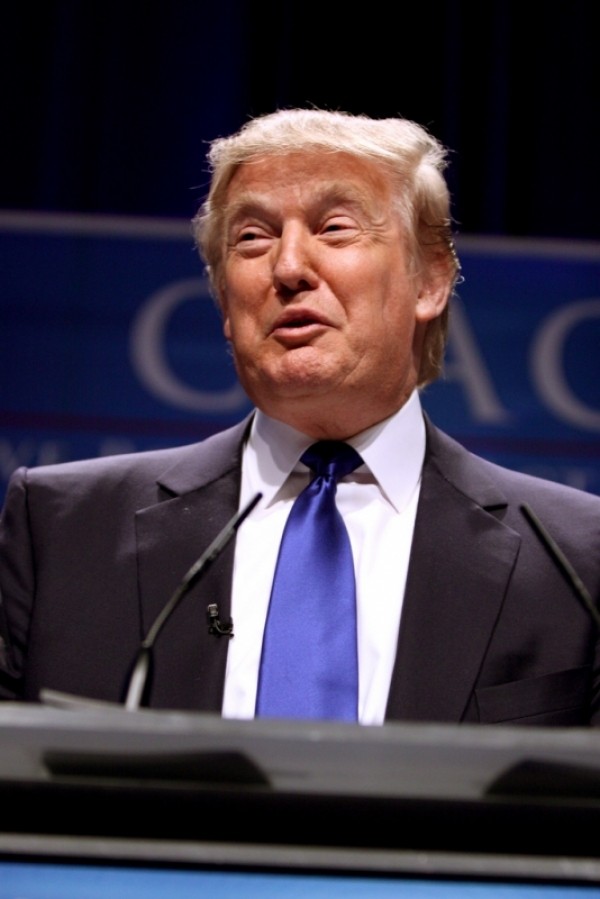 Many in Britain will have had the same sinking feeling on waking up to hear the outcome of the US presidential election as they did in June after the Brexit referendum. At time of writing, the final tally is awaited, and Hillary Clinton may even be slightly ahead on the popular vote, but the picture is clear (and remarkably similar to UK):  a nation dramatically divided 50/50 with the former industrial ‘rust belt’ states (read northern Labour heartlands) swinging decisively against the so-called establishment elite.

Back in the summer, this is what I said here in Briefing about the outcome of the UK vote:

“The major corporations need to wake up to the fact that trickle-down globalisation isn’t working.… Simply put, owners of capital have done just fine since the global financial crash, and that includes many Western baby-boomers; but middle wage earners have not. Our great corporations like to present themselves as a much-misunderstood force for good. Western voters clearly disagree.”