SDG #1: End poverty in all its forms everywhere

Wow! Let’s say that again: The SDG number 1: End poverty in all its forms everywhere. And in just 15 years; by 2030 like the other proposed Sustainable Development Goals being debated, and hopefully agreed by the United Nations in New York this coming September.

Dig into the details of this first goal and it becomes more doable. Eradicate extreme poverty (less than $1.25 a day), halve other forms of poverty according to national definitions, build resilience and so forth.  And actually, this builds on huge progress already made. One of the triumphs of the outgoing Millennium Development Goals was cutting extreme poverty in half between 1990 and 2010, which benefited 700 million people. But that still leaves 1.2 billion people living in extreme poverty today.

Full marks for ambition, then. 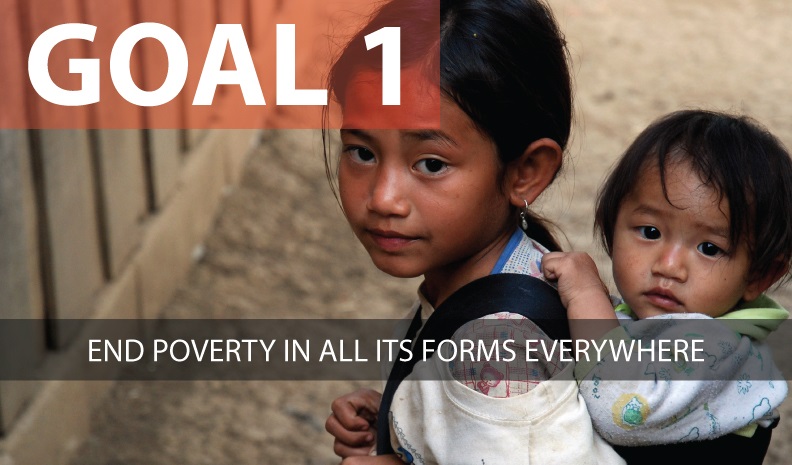 What’s needed now is real recognition of how that MDG success happened, and what will drive the next leap forward. That means economic growth led by business through open global trading, supported by governments. It’s true that two of the later draft goals (#8 and #9) do directly address growth, employment, infrastructure and innovation. And it’s also true that the whole framework of the SDGs is intended to be ‘holistic’, more easily allowing business to contribute. Good to see individual companies actively participating in discussions, therefore, along with representative organisations like WBCSD and ICC working together in the Global Business Alliance (GBA) for Post-2015.

My message to business, however, is don’t just focus on growth, on arguing for a bigger cake. What matters, as well is who gets a slice, and how big that is; in other words how growth is shared.

Companies aren’t comfortable talking about questions of equity. Frankly, they’re very shy about facing facts on pay differentials between the top and the bottom. Or who is getting the money up and down their extended value chains in precarious ‘flexible’ employment. Or how much goes to governments in tax versus shareholders in dividends. Or indeed whether developing countries get a fair deal compared to the rich North.