The race for impact from sports sponsorship 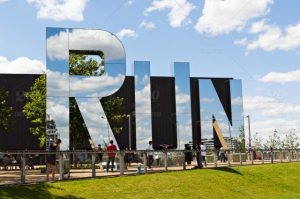 With record amount of money being spent on sports sponsorship, should we expect a social as well as commercial return?

At Corporate Citizenship this week, we assembled a premier league team to discuss whether sports sponsorship can – and should – have a lasting impact beyond the immediate commercial payback. Sustainability meets sports, you might call it.

Seb Coe – who chairs CSM, our sports and entertainment sister agency, and is best known for delivering the hugely successful London 2012 Olympics – joined Liz Nicholl, CEO of UK Sport, Martin George, customer director at Waitrose, and Justin King, ex CEO of Sainsbury’s where he set up that retailer’s ground-breaking sponsorship of the Paralympic Games.  Pitch referee and incisive compere was our new CEO at Corporate Citizenship, Neil Davy.

The prior question is why this matters at all. Well, in simple money terms, sports sponsorship is now a $65 billion dollar worldwide business – a staggeringly large number that’s nearly doubled over the last decade or so. And sport’s reach is huge, arguably the biggest human activity in all its forms, from jogging round the park and kicking a ball in the back yard to the Olympics watched by billions.

Reflecting afterwards on the discussion, I felt the panel had three big points of agreement. First, the big rise in scepticism by the public in all forms of corporate behaviour now extends to sponsorship, whether they be fans, participants, consumers or ordinary citizens. So expectations of the sponsors are growing.  And that extends to the rights holders too – the clubs and sports associations themselves, many of whom are big businesses in their own right.

Second, the panel agreed that today’s sponsorships need to go far beyond simple brand recognition and putting a logo on the kit. They need to be authentic and deliver a social dividend too.

That means, third, that the values of commercial brands have to align closely with the values of the club or assets – including the behaviour of their star talent (think abusive rugby players or cheating cricketers). A case study in how not to do it is a payday loan company sponsoring a football club in a deprived community, whose fans are unwilling customers of the company, painfully reminded every Saturday afternoon of their growing debt.

So far, so good. However the discussion revealed some different points of view too.

Some felt there is a genuine moral or ethical dimension to this. The alternate view was that in practice getting this win-win alignment around values is just about the money – at the end of the day, you won’t do things that don’t feel right to your customers or staff. To which I’d say, if the latter, will you ever do anything genuinely challenging, that might confront homophobia or racism for example?

Next we talked about the need to show impact. But is that at the level of an instinctive unmeasurable ‘gut feel’ or can you put hard metrics on this?  One panellist was clear you won’t sustain your marketing spend if the FD can’t see a real financial return. If so, relying on gut instinct for the social impact side doesn’t seem right.

And in that search for a return, does the big money inevitably go to elite sports, celebrity players and those chasing medal table scores?  Or is there still a place for grass roots and minority sports, where the social return may be higher? Another case for measuring, so you can see both sides?

Lots still to figure out about the practicalities. For myself, as a self-confessed sports sponsorship neophyte – in both senses of the word – the panel made an effective case that this is the way of the future. Still, before the ball is firmly in the back of the net, there’s more work to do on how to make it work for company and cause alike.