’Tis the season of… too much consumption, and year end predictions

Posted on 14th December 2017 by Mike Tuffrey
As the year 2017 draws to a close, I’ll hazard a prediction about a rising trend for 2018 – a backlash by consumers about how companies use their data. 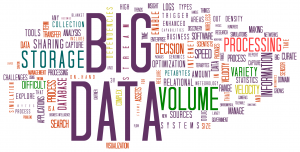 As I write, here in London the shops are full. Households are preparing for the Christmas season, when Christians astutely adopt the pagan winter solstice festival to mark new beginnings and everyone settles in against the cold for an excess of consumption.

If the advertisements are to be believed, high on Santa’s list of presents this year will be smart speakers – with Amazon Echo battling it out with Google Home, since Apple has announced that its HomePod will not be shipped until early 2018. New on the scene is the Echo Dot, small enough to slip into anyone’s Christmas stocking.

If you’ve not yet joined the fun (and I’m firmly resisting so far) these devices harness voice controlled AI assistants – Amazon Alexa joining iPhone’s Siri, Microsoft Cortana and Google Now out in the cloud – to give you a hands-free way to play music, control your ‘smart home’ devices, tell you the weather forecast, and much more.

Amazon is building up a database of 15,000 skills, the small practical applications you never knew you needed.  A key part of the Internet of Things, the smart speaker market is forecast to grow exponentially, worth an estimated $13 billion with shipments of over 100 million units by 2024, according to one research report. Big business indeed.

Like the Kindle before it, the Amazon Echo Dot is keenly priced to build rapid market share and increase Amazon’s already vast store of intelligence about consumer behaviour. That’s a timely reminder: in the land of the internet, when the product price is free or too good to be true, you are not buying the product, you are the product.

As we know, the big tech companies have rapidly built businesses worth billions, with valuations based on the market potential of the data they hold and the customer access they control. However the question of data and the controls around it is a major issue for pretty well all companies, not just tech. And concerns about data privacy are growing fast in parallel with all the commercial exploitation.

Despite this, many big name companies continue to suffer embarrassingly large data breaches. Uber is only the most recent – although in their case they compounded the loss of trust by trying to conceal it and paying off the hackers.

And it’s not just your taxi account at risk. Some of those cuddly toys you are getting the kids for Christmas pose a security risk too. Earlier in the year, an open database with more than 2 million voice messages recorded on CloudPets soft toys was hacked, according to news reports. Consumer champions such as Which? are warning of the dangers of toys connected by Bluetooth and wi-fi.

The politicians are now catching up. New EU-wide regulations come into force next May – the General Data Protection Regulation (GDPR) – and all the organisations I’m involved with are going through a thorough review of procedures to be compliant in time.

Rightly, therefore, data privacy is showing up in many companies’ materiality assessments – that’s the ranking of corporate responsibility issues which matter to stakeholders and impact the business. Measures to protect private and personal information really do matter to individuals and cost the business serious sums when it goes wrong.

However protecting the data is only half the issue. Equally important is how you use it.  Knowledge of my shopping habits is hugely valuable to the companies I’ve perhaps unknowingly shared it with; should I have a right to privacy of that from commercial exploitation?

Only discussed in geek circles so far, I’ll hazard a prediction that in 2018 the question of whose data it is – and who can profit from it – will go mainstream. Industry insiders are on the case already. As Erin Griffith from Wired has written “In 2008, it was Wall Street bankers. In 2017, tech workers are the world’s villain.”

So as you dash out – or more likely go online – to buy those last minute presents, remember that you are becoming the product too.